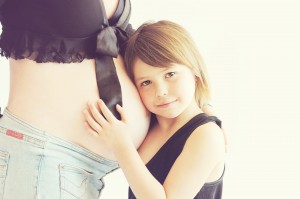 Even though stem cells have the capability to develop into any other of nearly 200 types of cell in the human body, there is considerable variation within the stem cells themselves. These variations account for some major differences in the behavior of stem cells themselves. Depending on the differences between them, stem cells vary in their power to differentiate themselves into different types and to renew themselves i.e. to continue dividing into similar types unless made to grow into a different type with some sort of trigger mechanism. .
Broadly, there are three major types of stem cells. If we consider human stem cells, they could belong to any of the following three groups:
Embryonic cells- these are from a five to six day old human embryo. These are the most versatile amongst stem cell types and form nearly any type of cell to be found in the human body. A typical embryo will yield between 50 to 150 stem cells.
Embryonic germ cells – The germ cells are recovered from that part of an embryo or fetus that would have grown to produce eggs or sperms.
Adult stem cell are collected from organs after birth; hence, they are far more mature than embryonic cells. Correspondingly, they also have a much lesser capability to produce different types of cells and to continue dividing into similar types of cells.
Besides the above, umbilical cord blood stem cells also contain a large proportion of stem cells that can be stored in a cord blood bank to be used at a later date.
While all stem cells can necessarily grow into different types of body cells, their power to do varies considerably. Based on this power to take on different forms, stem cells can be classified as ‘pluripotent’, ‘multipotent’ or ‘totipotent’.
Those cells, which have the capability to develop into any cell found in the adult body, are called pluripotent. Embryonic stem cells have this capability. They can grow into any of nearly 200 different types of cells in the human body.
Multipotent cells can develop into only a few cell types. As stated above, adult stem cells belong to this group.
Totipotent cells are those stem cells that can grow into a complete human being (or other organism) with all the different cells that the living being may have. A typical case is a fertilized egg. This capability has not yet been duplicated in laboratories.
We have barely begun to scratch the surface of knowledge as far as stem cells are concerned. The next few years will see scientists discovering new frontiers in this exciting field. Where this research will take us, we are not really in a position to say. This much is for sure, with stem cells or cord blood research, new ethical challenges are bound to be thrown up.
Watch this space for the latest.